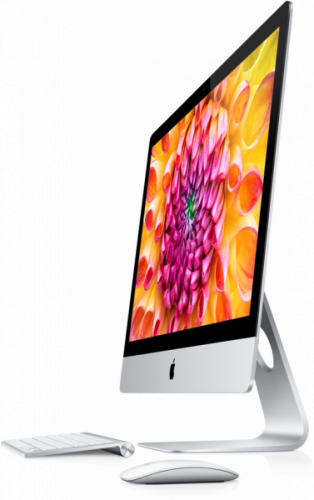 We apologize, but will not be accepting iMacs at the moment. We are currently undergoing web site development. Please come back in the near future when we reopen iMac sales. We are still buying all other Types of Mac

Spend your money on new tech! Selling your iMac using our service is as easy as 1-2-3:

We trade-in different iMacs on a daily basis. Below is a list of the most popular ones (with their trade-in prices). A History of iMac

The iMac from Apple was first released in 1998. It was designed to be Apple’s computer for the new millennium and aimed for lower end consumer purchase. It went through many distinct style changes to become the computer that it is today.

From 1998 to 2006, the iMac went through some changes. The processor changed from PowerPC G3 to Intel Core Duo. The Display went from 15 inches to up to 24 inches. Of course, the thinness of the screen evolved as well.

In 2006, Apple released the iMac in aluminum. This iMac had anodized aluminum with a glass panel covering the whole front. It offered an iSight camera and 2 Firewire ports. It weighed around 15.5 pounds.

In 2009, Apple gave the iMac an aluminum unibody. The back was a continuous aluminum body instead of a separate plastic back plate. This upgrade had faster speed and better graphics than previous iMac generations. The screen aspect ratio was changed to 16:9 instead of the 16:10 of earlier generations.

Apple gave the iMac a slim aluminum unibody enclosure in 2012. The depth on this model was significantly reduced from earlier models. Full lamination was used to achieve this feat. Memory was upgraded, but the resolutions remained the same, on both screen sizes, as they were previously.

The latest iteration from Apple is the iMac with Retina Display, released in late 2015. The main feature of this iMac was the Retina 4K display that gave a resolution of 4096 x 2304 pixels. It also has faster processors and two Thunderbolt ports updated to Thunderbolt 2.