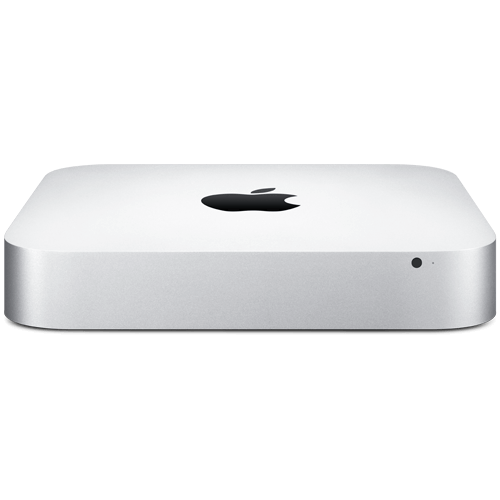 You can sell your Mac Mini today for up to $360
Great offers with quick friendly service
Turn your unwanted tech into cash now! How to sell a Mac Mini

Selling your Mac Mini using our service is as easy as 1-2-3:

We trade-in different Mac Minis on a daily basis. Below is a list of the most popular ones (with their trade-in prices). A History of Mac Mini

The Mac mini is a desktop computer produced by Apple that first came out in 2005. There have been many revisions over the years that have increased the ability of the Mac mini, but it is basically a desktop computer for budget minded people. It comes with no monitor, which allows the user to purchase any monitor that they wish to use with it.

For the 1st generation Mac mini, released in 2005, the computer was just two inches tall by 6.5 inches wide and deep. Apple’s goal was that PC owners looking to replace their computers could get the Mac mini while using their old PC monitors, which would make the cost less for the consumer.

In 2006, Apple released the updated Mac mini. This one came with twice the RAM as the first one. It was still small and light, weighing less than three pounds.

In the middle of 2007, the next design Mac mini came out with Intel Core 2 Duo processors. This model was discontinued in 2009.

The year 2009 brought about a change. The Mac mini received its long overdue refresh. The processor speed stayed the same, but there was a better graphics chipset and a Mini Display Port. This was the first Mac Mini to support dual monitors.

In 2010, the Mac mini’s design changed slightly becoming wider and shorter than previous Mac minis. Processor speed increased somewhat, but the good news was that the graphics chipset was just about twice as fast. The mini-DVI port got replaced by an HDMI port and the capacity of the hard drive was improved.

The 2011 Mac mini came without an optical drive. It did, however, include a Thunderbolt high-speed interconnect port. There were two configurations of the 2011’s Mac mini with built to order options including up to 8 GB of RAM.

The latest Mac mini came out in 2014. It is a Dual-core Intel Core i5. This Mac mini replaced 1 Thunderbolt port and 1 Firewire 800 port with 2 Thunderbolt 2 ports. It weighs 2.6 pounds.