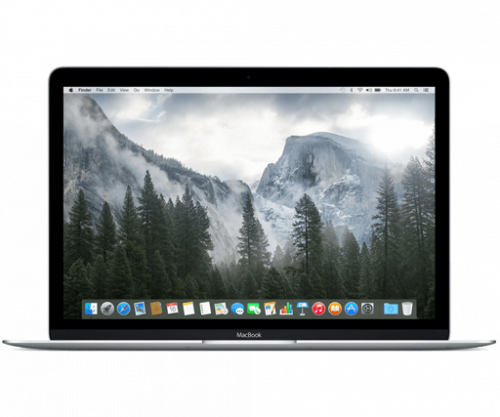 You can sell your MacBook today for up to $1,050
Free collection. If you are not 100% satisfied we will return your item Free!
GET A $10 BONUS TODAY USE THE CODE "bonus10"

Our goal, first and foremost, is customer satisfaction. Should you not be 100% happy with our service, we will return your item free-of-charge via next day courier.
Get a quote
Trustpilot How to sell a MacBook

Selling your MacBook using our service is as easy as 1-2-3:

We trade-in different MacBooks on a daily basis. Below is a list of the most popular ones (with their offer prices). A History of MacBook

MacBooks are notebook computers that were manufactured by Apple from 2006 to 2015. There were a few separate design changes over the years, that made Apple innovators in the laptop computing field again and again.

Apple’s flagship MacBook design which came out in 2006 had a polycarbonate and fiberglass casing and was available in black or white. It replaced the iBooks and 12-inch MacBook Pro computer. Apple’s first MacBook had one FireWire port and was available in three different configurations.

With the introduction of the second design in 2008, the MacBook’s casing was a more expensive aluminum that added a sleeker, more rounded element to the design. This version omitted FireWire, which some consumers were unhappy about. The screen was changed to use a glossy LED display, which was lighter, thinner, and brighter than the previous polycarbonate MacBook model.

In late 2009, the next product came out: the polycarbonate unibody. While MacBook fans were excited about the look of the new better MacBook, there were some things that they were not happy about. This design had no FireWire port or SD Card reader. This meant that users had to buy a separate external USB card reader.

In 2015, MacBook released the Retina Display. This was Apple’s thinnest, brightest screen with a long-lasting battery life that was able to last as much as ten hours on just one charge. It had a lot of accessories.