How to do screenshots on a Mac 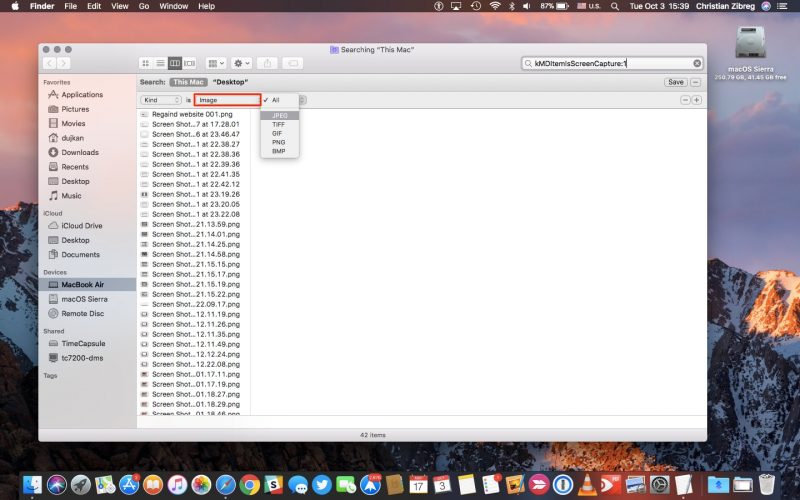 Have you ever wondered how people are able to make those nifty screen shots on their Mac? You may have also called it called a screengrab or print screen. If you want to know how to do this, read on. It’s really not difficult at all and once you learn how to do it, you’ll be using it all the time.

Making a screenshot of the whole screen

Making a screenshot of part of the screen

To make a screenshot of part of the screen, click on command, shift, and 4 at the same time. There will be some little crosshairs that appear on the screen. Drag the crosshairs across the part of your screen where you want the screen shot, forming a rectangle. You can use either your mouse or the trackpad to do this. Once the desired area is covered by the rectangle, let go of the mouse button or trackpad. When you release, the screenshot will be taken. You can click escape at any time while you are selecting the screenshot and the image will not be captured. This is in case you made a mistake and selected the wrong part of the screen.

Making a screenshot of a photo or image

Want to know how to make a screenshot of an image or picture? You don’t have to. All you have to do is click on the image and drag it to your desktop or folder. Voila!

Sometimes you might want to make your screenshot a specific size. To do that, click command, shift, and 4. You will see the crosshairs come up and to the bottom of that you will see numbers. Those numbers are pixels that you can use to get your screen shot to be the exact size you need it to be. As you are clicking and dragging the selection window, you will notice that the numbers will change. This corresponds to the size of the rectangle that you have selected.

Making a screenshot of a window

It’s possible to make a screengrab of a single window of your desktop. To do this, hold command, shift, and 4 at the same time. When the crosshairs pop up, press the space bar. Move the cursor over the window and press the trackpad or click the mouse button. You will see a camera icon and the window will turn gray. Choose the window you want to select and click the mouse button. A screenshot of the selected window will be captured and will appear on your desktop.

While it might take a little practice to do screenshots on your Mac, once you’ve done it a few times it’s easy. You’ll be glad you learned how to do this as there are numerous uses for screenshots.